Michelle Williams: hairstyles of an ‘It’ girl!

Michelle Williams has what it takes to be an “It” girl, as she’s shown in her numerous makeovers since Dawson’s Creek. Back then long, goldie locks were perfect for her semi-reformed bad girl opposite Katie Holmes‘ good girl. After serious roles like Brokeback Mountain and Shutter Island, the Oscar-nominated star became a new woman for the Cannes Film Festival in May. She went pretty short and platinum blond with long bangs swerving to one side… just in time to promote her new movie Blue Valentine. The daring ‘do and challenging acting jobs have helped establish Michelle as an indie star. An even shorter pixie cut in strawberry blond showed off her bravado (along with her stunning facial features!). Filming a new movie in Toronto calls for a fresh look, and Ms. Williams answers the call with a longer, darker strawberry bob… oddly enough she seems younger than ever! All of these transformations makes us wonder what’s next for this fearless trendsetter. 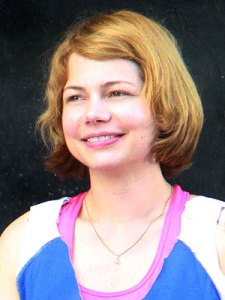